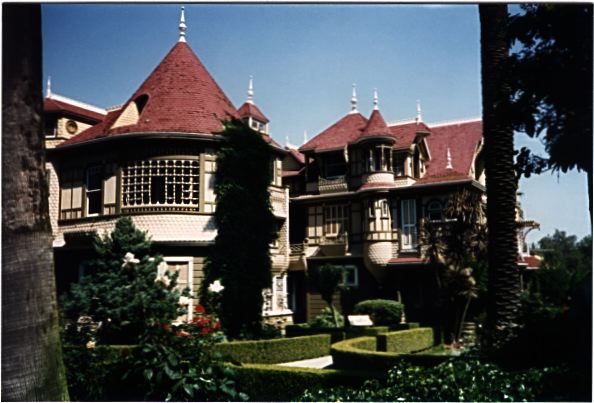 This is the Winchester Mystery House in San José, California. It took 20 years to build it, until the 1906 earth quake in San Fransisco, which caused minor damages to the house. After that it was only rebuilt for another 20 years. It is estimated that 500 to 600 rooms were built, but most of them has been torn out or rebuilt.
It takes 20000 gallons of paint to paint the exterior.

It was quite expensive to see it, but it is worth the money. You get a guided tour of many of the remaining 160 rooms in the house. The house has a lot of oddities:

(Back) to Lennart Thelander's Home Page